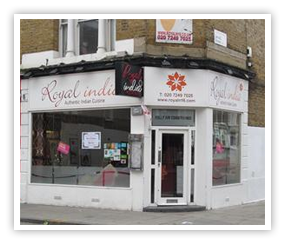 The Royal India story rewinds back to the 80’s. It all first began in the heart of Hackney, an Indian restaurant opened by Mr Miah called Mother India. It was established in 1981 serving the community with home style fresh Indian Cuisine. Mr Miah himself was the head chef at his restaurant with vast experience in this field. In the 90’s, Mr Miah’s eldest son Nas at the time just 16, also played an important role within the restaurant. Nas managed his father’s restaurant as well as being the second chef gaining experience and knowledge from his father to understand the family cooking heritage. In 1998, Mr Miah had reached retirement, and therefore decided to sell up. Unfortunately, Nas at the time was not capable of taking over the restaurant. Cooking from an age of just 16, Nas decided to start his journey by gaining experience in the kitchen by working for many prestigious Indian restaurants in his time. By 2002, Nas was now backed up with the expertise and capital to set up his own place and so decided to follow his father footsteps. Nas opened a restaurant in Stoke Newington in November 2002 which was re-branded as Royal India. Following the family heritage, the restaurant still carries its family tradition of home style cooking but Nas has introduced his innovative twist with freshly prepared dishes and locally sourced ingredients. Nas who is Head Chef at his restaurant has an experience of 25 years in the Indian kitchen industry. The restaurant has been in Stoke Newington for a decade and has recently undergone a refurbishment. Nas’s menu consists of many old time favourites as well as his own Autograph Collection. All of his dishes are prepared with care and the same attention to detail as you would expect in a traditional Indian family home. Nas takes pride in his reputation as an established family business, this is what he believes sets Royal India aside from other Indian restaurants.